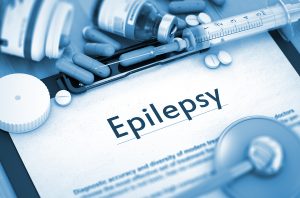 Epilepsy is a condition that causes seizures. It can happen in people of any age, including older adults. To be diagnosed with epilepsy, the Mayo Clinic says a person must have “at least two unprovoked seizures.” Seizures have various signs and symptoms that can depend on the kind of seizures the senior has. There are two basic kinds of seizures with different categories under each of them. Educating yourself about your aging relative’s condition is an important part of being a caregiver, so knowing the kinds of seizures may help you to be a more effective caregiver.

Focal seizures are those that begin in a single part of the brain. They are sometimes also called partial seizures. Focal seizures occur in around 60 percent of people who have epilepsy.

Categories of focal seizures are:

Sometimes the symptoms of focal seizures make it appear as though the older adult has a mental health problem or some other kind of nerve problem. If you notice some of the signs of focal seizures in your aging relative, ask the doctor to look into whether they might have epilepsy.

Regardless of the kind of seizure your aging relative has, managing epilepsy can be difficult. Doctors usually prescribe medication to control seizures. While the medicine can be quite effective, it may not completely stop seizures. Having an elder care provider with the older adult when you cannot be present could help keep them safer. An elder care provider can watch for signs of a seizure and prevent an injury. In addition to keeping seniors safe, elder care providers can also help to prevent seizures by reminding them to take their medications on time.

If you or an aging loved one are considering elder care in Williamston, MI, please contact the caring staff at Seniors Helping Seniors of Lansing. Call today: 517-332-9953.